Allow me to introduce the dragons who are starting the bakery with me! 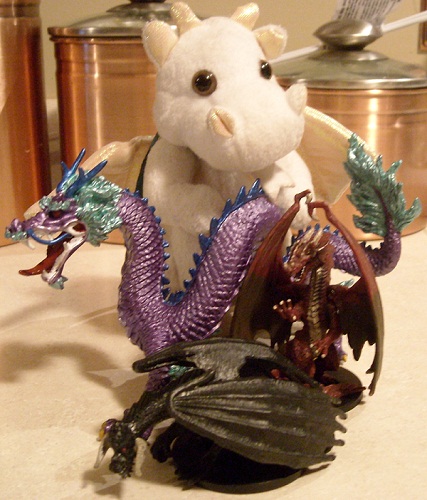 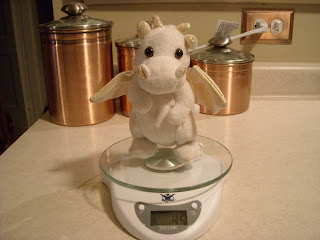 This is Ruth. He's playful yet patient and doesn't much care for getting messy. He loves mixing and stiring, though! For anyone who's read much of Pern, yes, he's named after Lord Jaxom's dragon. At the moment, Ruth bears the distinction of being the tallest of the Bakery's dragons. 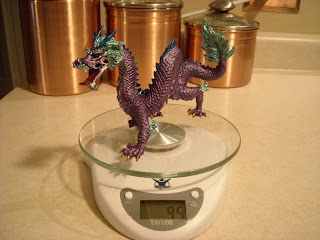 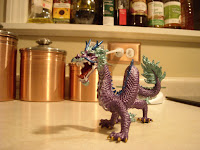 This is Hi-chan, though her full name is Higashiko, which means 'East Child' and fits her well as she is an Oriental dragon. She's quite strong, which is useful for pushing things around, and doesn't in the least mind getting messy--partly because she really enjoys taking showers! She loves to get her claws all up in the dough, but you won't see her mixing as much. She says that indoor winds are more difficult to manipulate, which makes flying without wings more tiring. 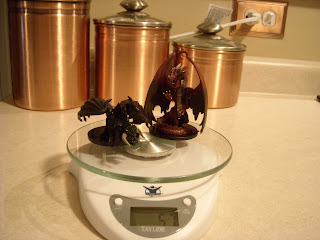 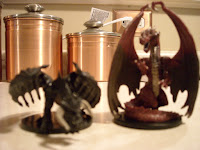 These two, the smallest of our dragons, haven't picked out names yet. They're both quite open to suggestions, so please comment or e-mail with any name suggestions you have for either of them. Until they pick names, I'll be calling them 'Red' and 'Black' in descriptions. Red likes spoons and measuring out dry ingredients. Black likes to check the recipe twenty times as we go. I think Black only actually reads about one line at a time, though, as they're both impatient to get started! 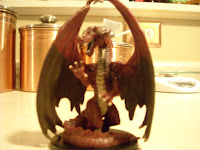 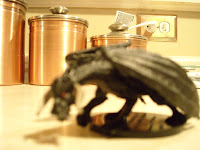 These two are a bit tough to get a close-up of, since they're so small. It keeps coming out fuzzy. I'm not sure if that's more my fault or the camera's.